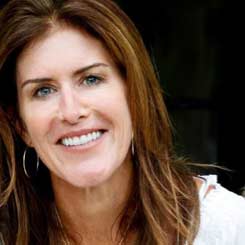 When she first came to Keys Gate in 1998, Paige immediately saw the area’s great
potential and knew it could become one of South Florida’s premier communities. After forming Keys Gate Realty, she began talking to builders and encouraged them to reinvigorate neighborhoods that had come to a stand still after Hurricane Andrew.

Despite a lack of builder interest, she remained true to her vision and convinced several friends to form a construction company. Since then, Paige’s real estate company has sold more than three thousand new Keys Gate homes and homes in the surrounding Redland area, and has assisted thousands of residents’ re-sell or rent their homes.

This tremendous growth has now attracted several national builders to the area.
Paige is very involved in the community and is proud of the role she played in helping to establish the Keys Gate Charter School. A strong proponent of education who serves on Homestead’s Educational Board and Task Force, she approached the owners of the landabout donating ten acres for the school. They agreed and years later, hundreds of Keys Gate families have enrolled their children in the school.

When not working, Paige is often volunteering in the community as well as raising her two children. She also enjoys traveling around the world and experiencing new cultures.

Sign Up to receive free alerts for saved searches, favorite properties, market reports, or to receive a free home valuation.

At Keys Gate Realty, we use our 25+ years of experience with real estate services in the South Florida area, to turn your goals into reality. This means going above and beyond to exceed all your expectations. From trustworthy advice that helps you get a better deal on your dream home to clear explanations that enable you to make great decisions, we’re by your side from start to finish